The week of July 20-26 takes us from New Moon to Lunar Day 7. This week we will highlight the craters Bürg and Lacus Mortis. 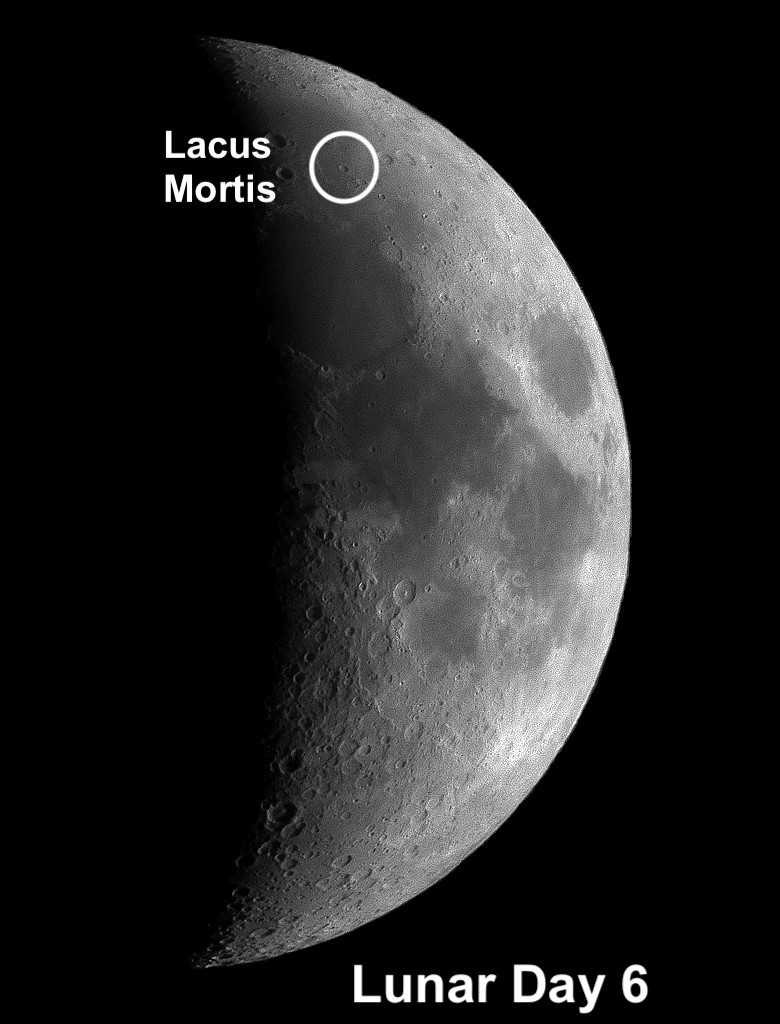 Lacus Mortis: [NE/E12; L=27°E] The charmingly named “Lake of Death” is a large lava-flooded crater. 90 miles in diameter, just north of Mare Serenitatis which contains rilles, wrinkle ridges, faults, and a substantial internal crater, Bürg. At more than four billion years, Lacus Mortis is one of the oldest impact features on the Moon. The principal rille, Rima Bürg, is 60 miles long and can be seen through small telescopes. Another rille starts halfway between Bürg and the rim of the Lacus and goes straight south. In the process it changes from a generic rille to a genuine fault whose floor falls away on the western side. Can you make out where the rille ends and the fault begins? At sunrise you will see a shadow extending to the west, and at sunset (around Day 19) the face of the fault is brightly illuminated. Make a quick sketch of Lacus Mortis, then come back later and see if you can add more detail.

Bürg: [NE/E12] The centerpiece of Lacus Mortis is the 25-mile crater Bürg, a complex crater with terraces and a central mountain peak that appears to be split in two. As far as complex craters go, Bürg is a bit unusual. Instead of being mostly circular, the rim is scalloped and wavy and there is an inordinate amount of slumping on the western interior slopes; a finger of the slumping actually touches the central mountain peak! Some observers have reported a small summit pit on the top of the central mountain. Can you make one out?

Comet Neowise has obligingly moved to the evening skies. It can be found around 10 p.m. between the Big Dipper and the horizon. Check it out before the Moon gets too bright. It might be helpful to scan with binoculars. 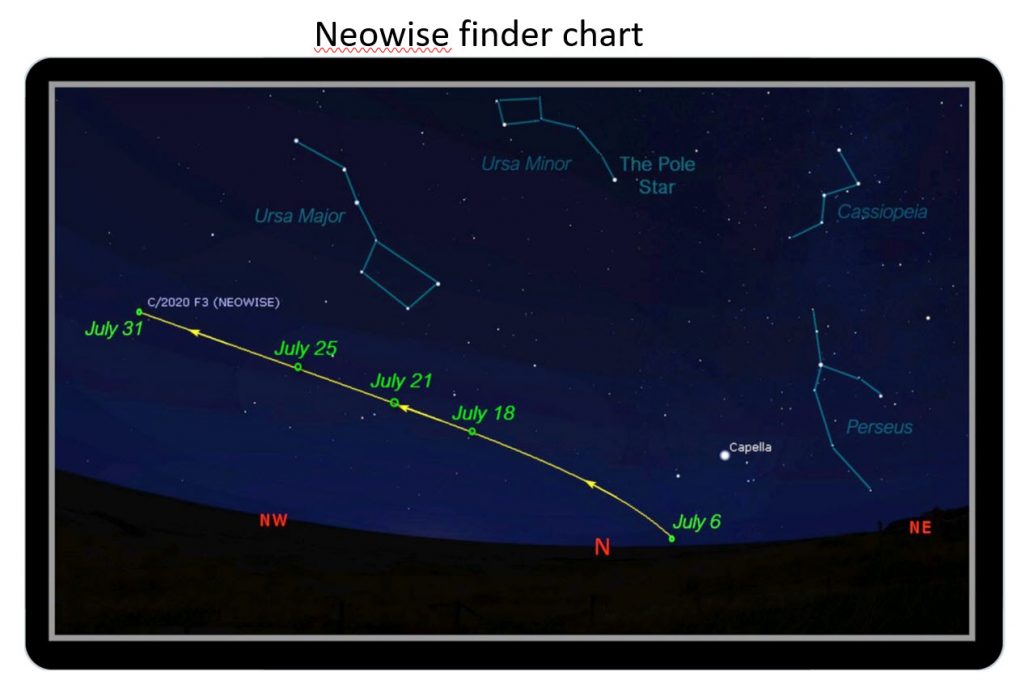 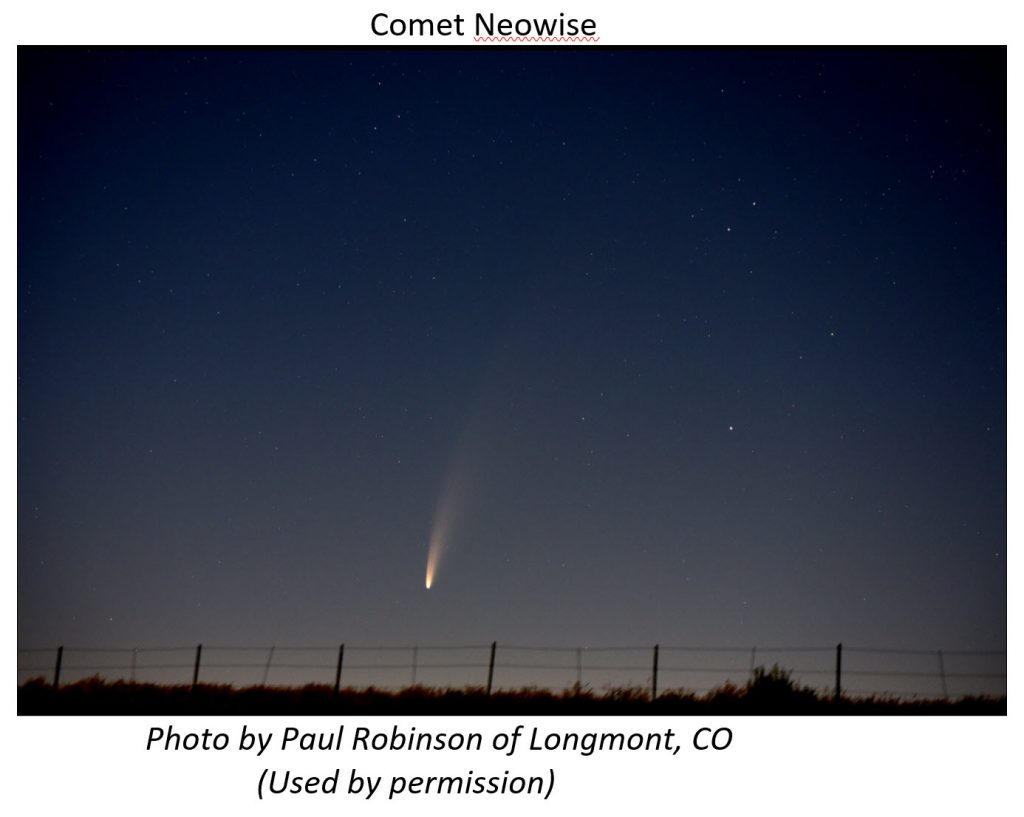