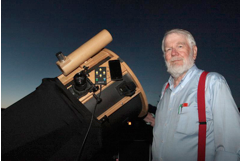 Andrew Planck wears many hats. He has been an enthusiastic astronomer for over 50 years, is apt in foreign languages, loves to cook, and is an accomplished musician on the piano, autoharp, didgeridoo, musical spoons, alphorn, and Highland bagpipe. Andrew was Pipe Major of the award winning City of Denver Bagpipe Band for 12 years. 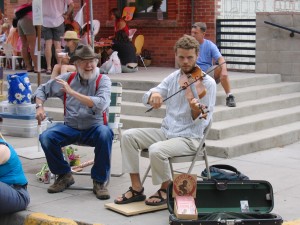 Retiring from teaching French to middle school children he was a recipient of the Young Educator Award given by the Colorado Congress of Foreign Language Teachers. With his love of learning, he holds double B.A. degrees in French and English Literature. Using a scholarship won from the University of Colorado, Denver, he studied in France for a year.

Andrew is also a member of Mensa and lives with his wife, Susan, in Boulder, Colorado. What’s Hot on the Moon Tonight? is his first book.