The week of July 5-11 takes us from Lunar Day 25 to Day 2. This week we will highlight the crater Gassendi, viewable early Monday morning. 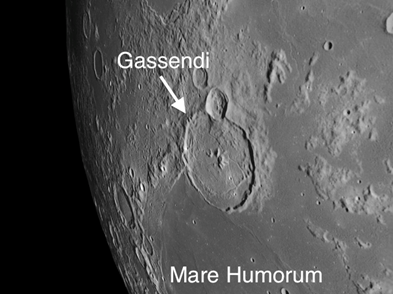 Gassendi: [SW/L5; L=40°W] Three generations of crater age can be easily observed on Mare Humorum. In descending order of age, we have Mare Humorum itself1, which is overlapped by the younger crater Gassendi on the north rim, which in turn is overlapped on its north rim by Gassendi A. (Both Gassendis taken together are sometimes referred to as the diamond ring.) The usually dependable rule in play here is that smaller craters are younger (there are some exceptions). The invariably dependable rule is that the topmost overlapping crater is always younger. 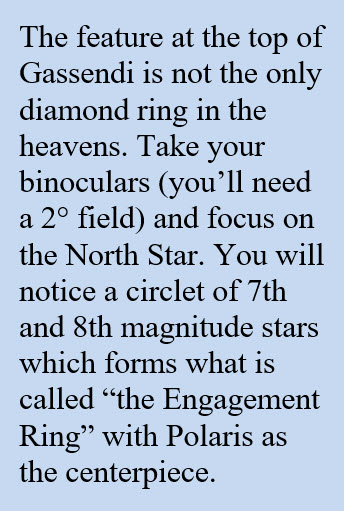