This week we will highlight the Imbrium Basin, half of which is viewable on Saturday evening, and the Caucasus Mountains, best viewed on Friday evening.

Mare Imbrium: [±NW/F8] The Imbrium basin, half of which is viewable Saturday night, was created 3.9 billion years ago when an asteroid 60 miles in diameter slammed into the Moon at 10 miles per second and blasted out a 720-mile-wide crater! It was at one time a spectacular multi-ring basin like Mare Orientale (Day 13). Fortunately, segments of the original multi-ring features remain in the form of four stunning mountain ranges: the Alps, the Caucasus, the Apennines, and the Carpathians [±F10]. 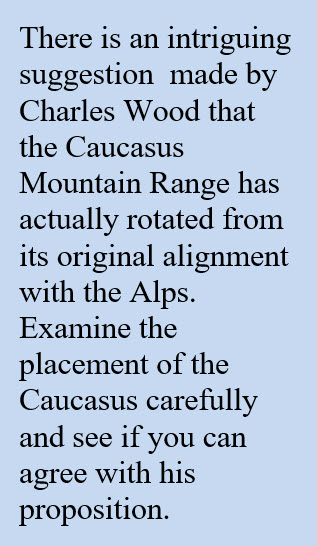 Unlike mountain ranges on the Earth, these ranges did not form by tectonic uplift; they were blasted into place by the impact that excavated Mare Imbrium (much like a billiard ball dropped into a tub of thick, viscous mud will leave a conspicuous circle of ridges around the point of impact). The Imbrium basin later filled up with lava that had the viscosity of hot maple syrup and therefore flowed very quickly, turning the mare basins into what were truly, for a time, liquid seas. (Early observers of the Moon weren’t so far off base after all when they called these features “seas.”)

Notice that the Alps have a smaller radius than the other three ranges. That’s because they are part of the original middle ring. The Caucasus, Apennines, and Carpathians form the outer ring. The highest mountain in this outer ring rises to over 18,000 feet (almost 3½ miles—providing the best skiing in the solar system!).

The zodiacal light (also called false dawn when seen before sunrise) is a faint, diffuse, and roughly triangular white glow that is visible in the night sky and appears to extend from the Sun’s direction and along the zodiac, straddling the ecliptic.

Astronomers have long wondered what causes it. The perceived faint triangle is sunlight scattered by dust in the plane of our solar system. The dust, it turns out, comes from the many dust storms that exist on Mars.