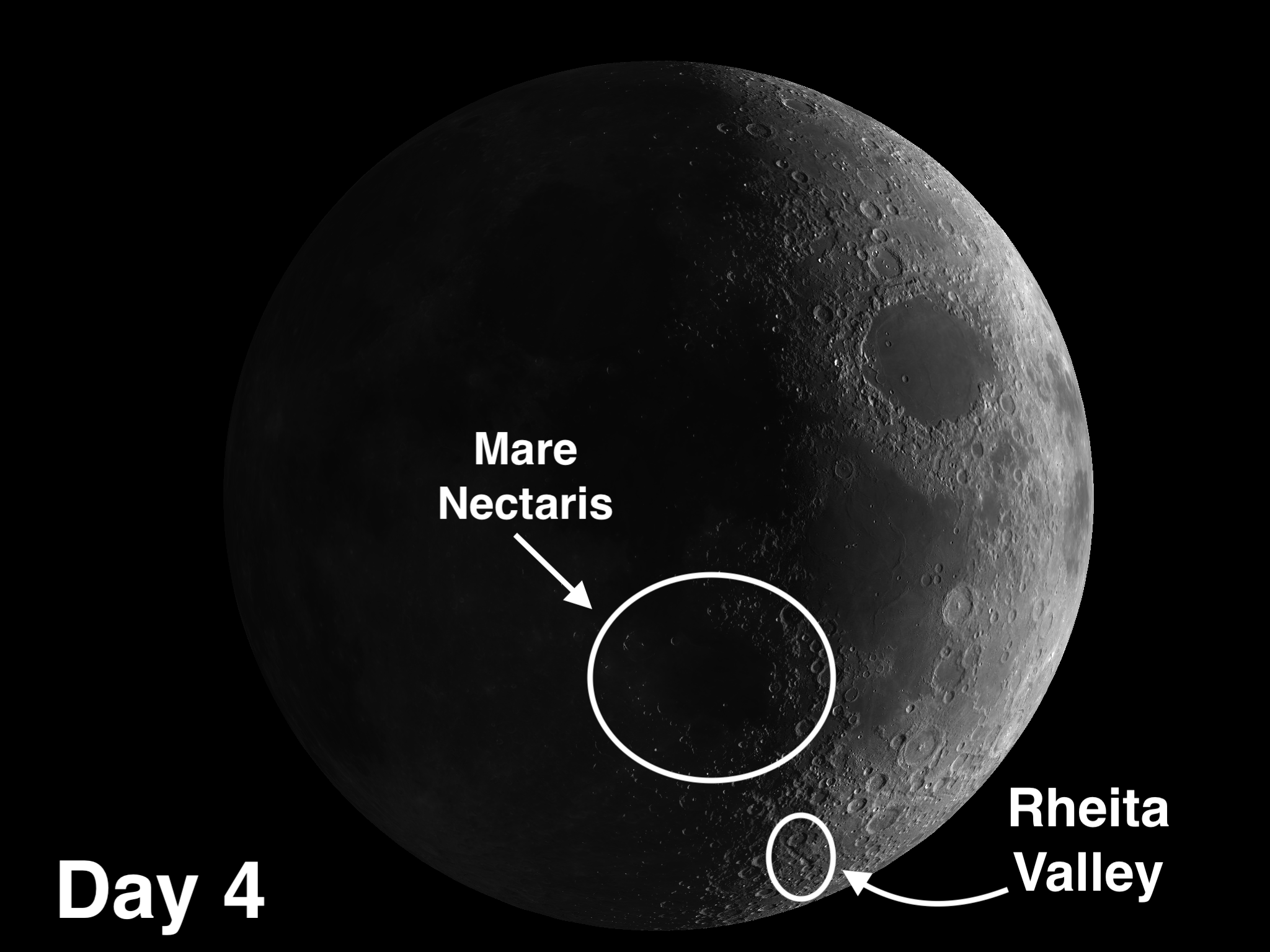 The week of March 23-29 takes us from Lunar Day 29 to Day 5. This week we will highlight the Rheita Valley, viewable in the evening on Saturday, March 28.

Vallis Rheita: [SE/N14] At 276 miles, the Rheita Valley is the longest distinct valley on the Moon. If you look closely at this formation, you will see that it is not a valley in the traditional sense, but it is made up of a series of interlocking craters whose alignment significantly points back to Mare Nectaris, their place of origin. When the Nectaris basin was blasted out 3.9 billion years ago, more than a dozen mountain-sized chunks of debris took flight in a curiously straight line, and when they landed they ploughed out a 240 mile long trough which we enjoy observing today as the Rheita Valley. 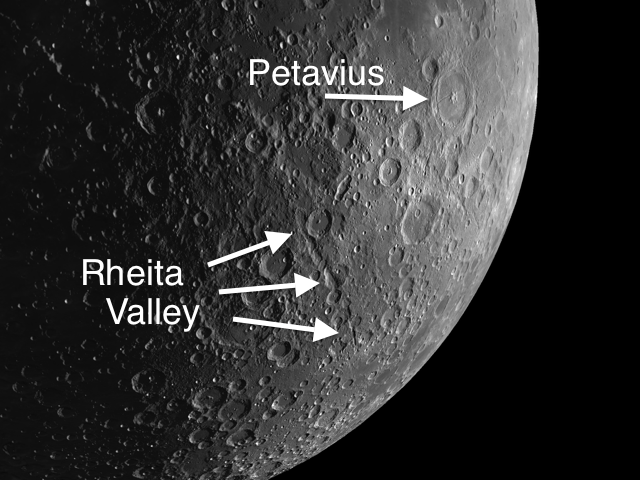 At the northeast end of Rheita Valley, you will find the 45 mile crater for which it was named. It is not difficult to figure out which came first, the crater or the valley. See what you think.

Although the Moon usually appears absolutely flat, this sector of the Moon gives you a noticeable three-dimensional effect as Rheita Valley diminishes into the distance around the curve of the Moon.

On Tuesday, Venus will be at its greatest elongation from the Sun, and through a telescope it will look like a half moon.
On March 25, 1655, Christiaan Huygens discovers Saturn’s largest moon, Titan.

1 During a lunar eclipse you will also frequently notice a striking three-dimensional effect as light being refracted through the atmosphere on opposites sides of the Earth strike the lunar surface from different angles.

Rheita Valley: The Longest Distinct Valley on the Moon
Tagged on: lunar days    objects on the moon    Titan