The week of January 25-31 takes us from Lunar Day 12 to 18. This week we will highlight the moon crater Schickard. 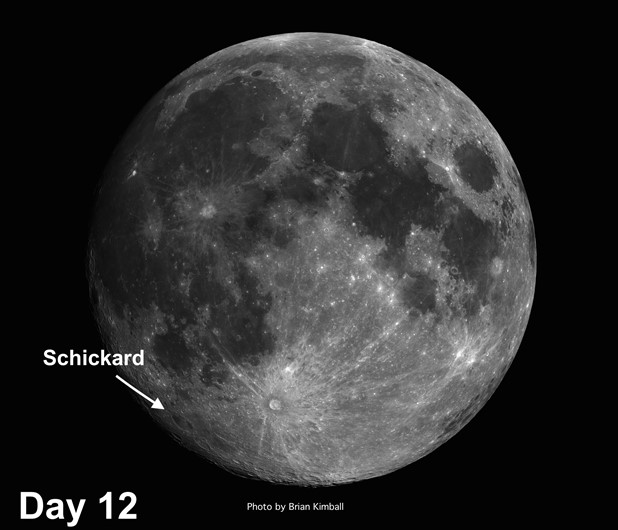 Schickard: [SW/P4] When you look at Schickard, you should immediately notice something unusual – Schickard’s floor has stripes! It is dark on both the north and south ends, but there is a wide central stripe of lighter material. You are looking at terrain that is made up of two different chemical compositions and is a result of a combination of lighter highland material that was blown in from the formation of the Mare Orientale basin and dark basaltic material (molten lava that welled up from underneath) on the northern and southern portions

This week will be the anniversary of two regrettable incidents: On January 27, 1967, a flash fire kills three Apollo 1 astronauts, Gus Grissom, Edward White, and Roger Chaffee; and on January 28, 1986, the space shuttle Challenger exploded 73 seconds after launch, killing crew of seven.