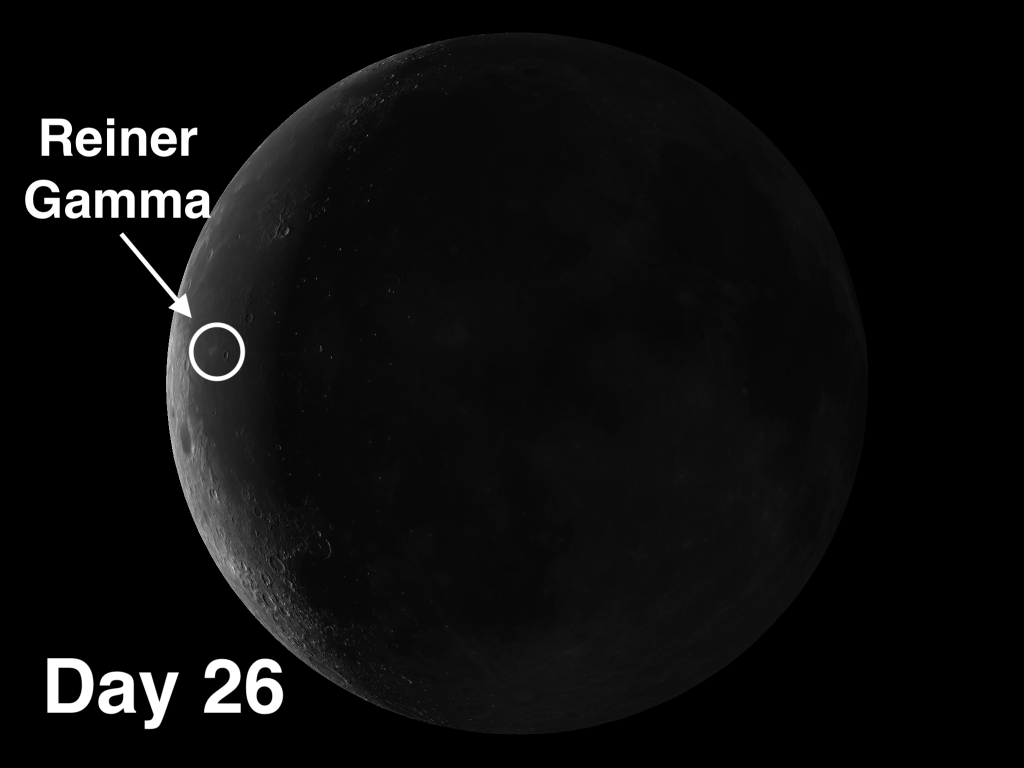 The week of Oct. 16-22 takes us from the end of Day 26 to the beginning of Day 3. The Moon does not rise until nearly 4:00 A.M. on Monday morning. This week we will highlight the lunar swirl Reiner Gamma.

Reiner Gamma: [NW/J4] Lunar swirls are absolutely flat features that cast no shadows but leave enigmatic whorl-like markings on the lunar surface. No known geological process could have created them, and to heighten the mystery, instruments on Apollo spacecraft measured strong magnetic fields directly over the swirls. 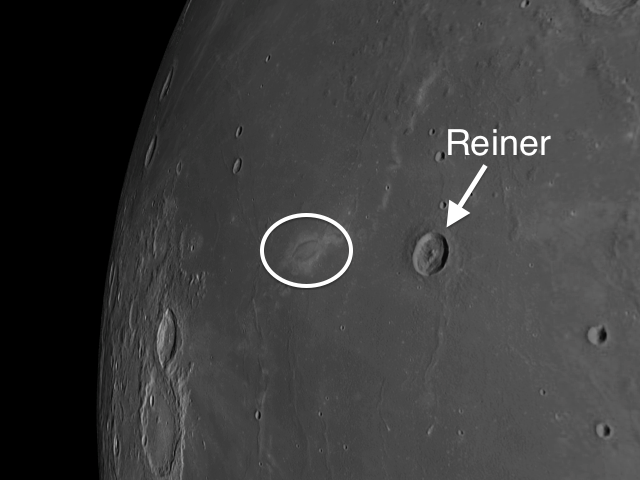 For the fanciful, they are eerily reminiscent of crop circles. Of the three swirls on the Moon, two have been found to be antipodal features of major impact zones and mascons1. All three of the swirls on the Moon (there are two on the far side) are associated with strong magnetic anomalies.

1Mascons: Areas of the Moon’s surface that were discovered to have unusually strong local gravitational effects due to concentrations of dense, thick lunar material [formed from mas(s) + con(centration)]. Mascons are prevalent around lunar swirls.