The week of January 30th – Feb. 5th takes us from Lunar Day 3 into Day 9. This week we will highlight the phenomenon of Earthshine and the planet Venus. 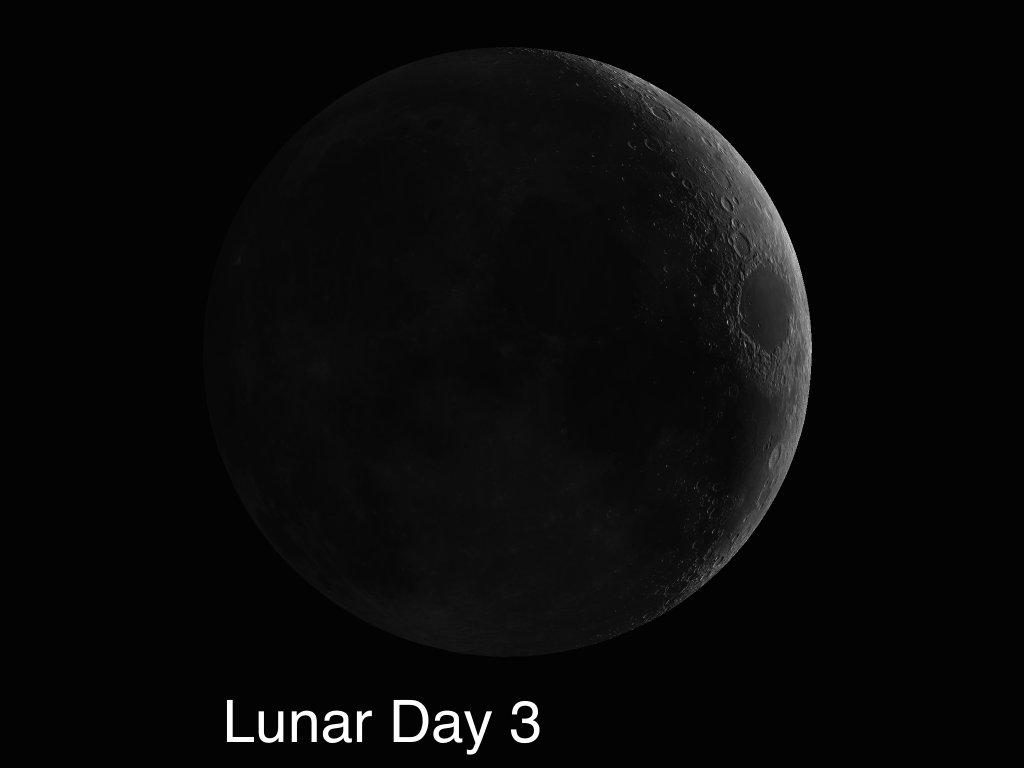 One of the loveliest views of the Moon can be seen on Monday evening, and to appreciate it, you don’t even need a telescope. Go out on Monday evening, just as deep twilight is ending, and look west. The Moon will seem magically suspended over the horizon, and its dark side will be softly glowing from earthshine. At such times the daylight portion of the Earth shines a beacon of reflected sunlight toward the Moon whose dark side acquires a lovely ethereal glow. We perceive this glow as earthshine. It is particularly lovely when Venus is suspended near the Moon (as it is on Monday night — just 9° above it). It is a scene of transcendental beauty.

With a telescope, compare the crescents of Venus and the Moon. Venus is 40% illuminated, and the Moon is 10%. You will also be recreating, in part, one of the greatest scientific discoveries ever made: When Galileo observed Venus going through all the phases of the Moon, he realized that this was irrefutable proof that Venus orbited the Sun, and not the Earth.

1This is a monthly phenomenon referred to as the Old Moon in the New Moon’s arms.

Earthshine: A Scene of Transcendental Beauty and Galileo’s Observation about Venus
Tagged on: Earthshine    Galileo    lunar days    objects on the moon