The week of May 17-23 takes us from Lunar Day 6 to Day 12. This week we will highlight the crater Maurolycus, viewable on Tuesday evening, Day 7. 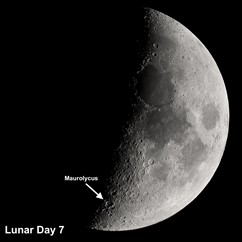 Maurolycus displays a rich diversity of different types of features. How many can you see? The central mountain peaks are so tall that they are illuminated long before the Sun finds its way to the dark floor. Also notice how Maurolycus overlaps a smaller, older unnamed crater on its southern border. This flies in the face of the rule that says younger craters are usually smaller than their older brethren. 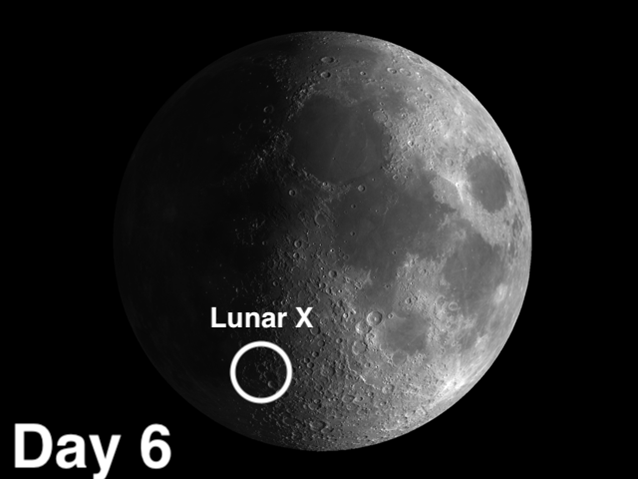 Lunar X: [SE/M10] On Tuesday evening, the Sun will light up the mountain peaks immediately to the west of the crater Blanchinus and you will see a brilliantly lit “X” at the intersection of the rims of Blanchinus, La Caille, and Purbach. Look for it when the terminator is around 2° east, as will be the case on Tuesday evening. Once it has formed, the image will last only for about three hours. The formation is also known as the Purbach Cross and the Werner X. (Because it is not 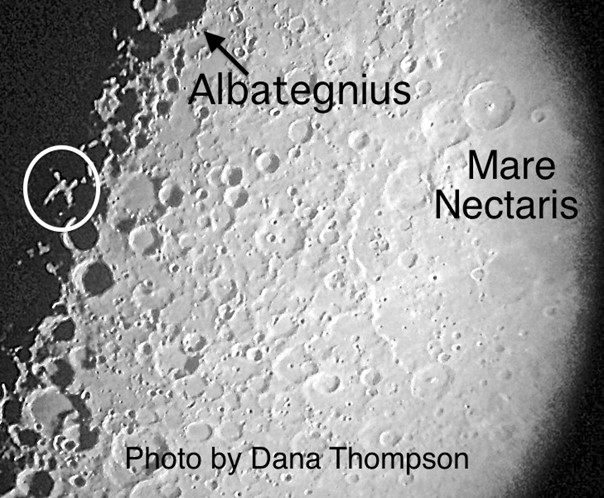 an officially recognized object, you will not find it listed on the Field Map. I am indebted to Dana Thompson for permission to use his photo of the Lunar X.)