The week of May 8-14 takes us from lunar Day 13 to Day 18, shortly after the full moon. This week we will highlight the craters Cardanus and Galilaei, visible on Tuesday evening. 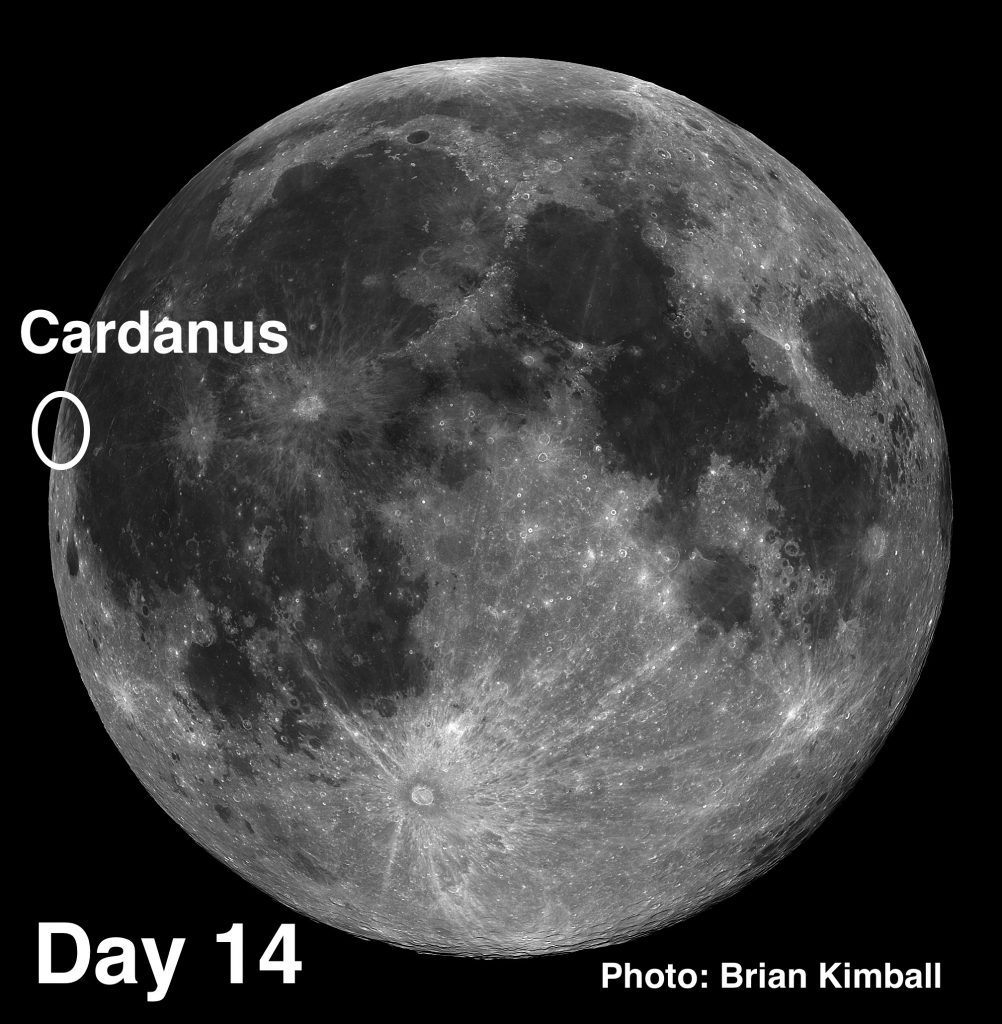 Cardanus: [NW/H2] Just inland from the western shore of Oceanus Procellarum is a pair of craters lined up on a north-south meridian, Cardanus and Kraft. Cardanus, the southernmost, is a prominent 30-mile crater with terraced walls, a central hill, and several small craters on its floor. Although the crater is circular, it looks oval due to foreshortening. Of additional interest is the fact that it is linked to Kraft, its neighbor to the north, by a crater chain (called a catena) almost 40 miles long. See if you can make out this very thin line of craters.

Galilaei: [NW/H3] While you’re in the neighborhood, pay your respects to the insignificant little crater Galilaei, about 100 miles to the southeast of Cardanus. It is interesting that the man who opened our eyes to the true nature of the Moon had such an inconsequential feature named after him (while the Jesuit Priest, Giovani Riccioli, who named most of the features on the Moon, named a crater after himself that is larger than the craters Copernicus, Kepler, and Tycho!)