The week starting February 29 takes us from lunar Day 21 through Day 27. Moon watchers will have to be early morning observers this week as the Moon rises just before midnight on the 28th and on each successive morning it rises about 50 minutes later. 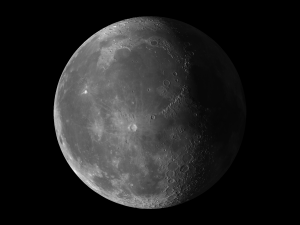 March 1st provides you with spectacular sights and is worth staying up for. This week we will highlight the Apennine mountains.

The Apennine Mountain Range: The Most Spectacular Feature on the Moon 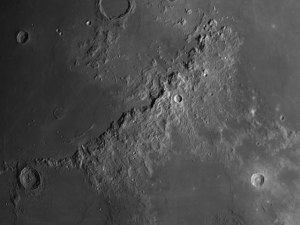 Montes Apenninus: [NW/H9-G10] The Apennine Mountain Range was formed when the Imbrium basin was blasted out nearly four billion years ago. Mountain ranges on the Earth take millions of years to form. The magnificent ranges that surround Mare Imbrium were created in a matter of minutes! They resulted from the shock waves that exploded out from the original Imbrium impact. The Apennines stretch out over 370 miles and include more than 3,000 peaks. The highest peak in this range is Mons Huygens [NW/G9] which stretches, from its base to its top, to an incredible 18,000 feet!

The Apennine Mountain Range: The Most Spectacular Feature on the Moon
Tagged on: lunar dates    objects on the moon