The week of April 6-12 takes us from Lunar Day 13 to Day 20. This week we will highlight the Serpentine Ridge viewable on Saturday evening. 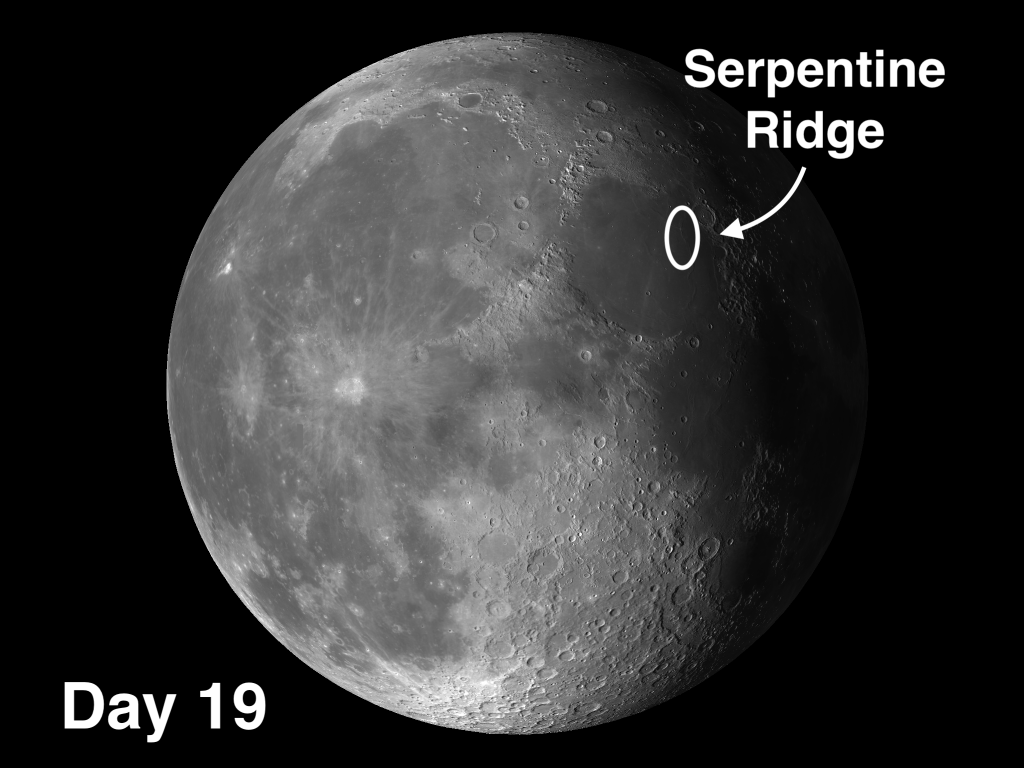 Serpentine Ridge1: [NE/G12] West of the crater Posidonius in the Sea of Serenity you will find the Moon’s best example of a wrinkle ridge. Like breaking waves that sometimes indicate reefs lying just under the surface of the water, wrinkle ridges often signal the presence of subsurface structures on the Moon. Serpentine Ridge reveals the ghostly outlines of an underlying mountain range that formed the inner ring of the Serenity basin. At the highest point of this ridge, just west of Posidonius where it looks like the ridge splits into a “Y,” 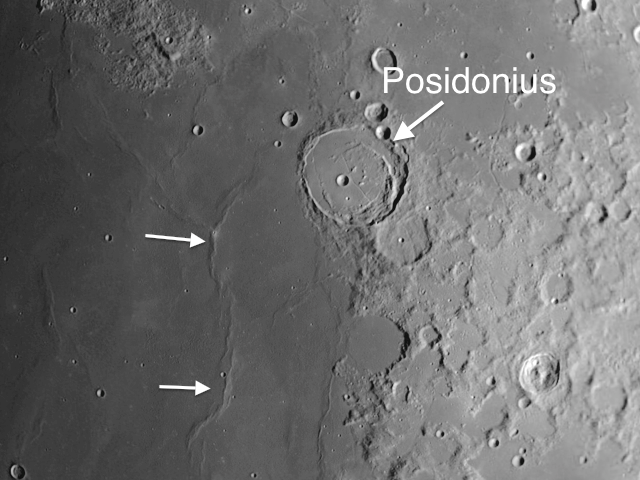 there is a tiny 1.2-mi. crater that will test both your optics and the seeing conditions.

1 “Serpentine Ridge” is the picturesque name that amateur astronomers have been using for this feature since the 1800’s. However, in 1976 the International Astronomical Union officially changed the name to “Dorsa Smirnov” (which is a good example of why scientists don’t make good poets).